As the Justice and Development Party (AKP) government focused on promoting Turkey’s regional interests in response to the pro-democracy Arab Spring movements, human rights suffered setbacks at home. The government has not prioritized human rights reforms since 2005, and freedom of expression and association have both been damaged by the ongoing prosecution and incarceration of journalists, writers, and hundreds of Kurdish political activists.

After winning a third term in office with a historic 50 percent of the vote in the June 12 general election, Recep Tayyip Erdoğan’s AKP government again pledged to embark on a complete revision of the 1982 constitution. Rewriting the constitution to further human rights has been a recurring political discus- sion since the 2007 general election.

The government’s “democratic opening,” announced in summer 2009 to address the minority rights of Kurds in Turkey, did not progress. Ground-break- ing negotiations between the state and the armed, outlawed Kurdistan Workers’ Party (PKK) to reach a settlement to end the ongoing conflict collapsed. In July violence escalated with the PKK stepping up attacks on the military and police, and the Turkish government in August launching the first aerial bombardment of PKK bases in Iraqi Kurdistan since 2008. Among a rising number of attacks on civilians were two on September 2: an Ankara bombing by the Kurdistan Freedom Falcons (TAK)—a PKK-linked group—which killed three, and a PKK attack on a car that killed four women in Siirt.

The non-resolution of the Kurdish issue remains the single greatest obstacle to progress on human rights in Turkey.

Turkey provided camps for around 7,500 Syrian refugees who had fled the Syrian government’s crackdown on demonstrators. Access to camp residents was restricted, as was the residents’ movement.

Freedom of Expression, Association, and Assembly

While the last decade has demonstrated momentum in Turkey for increasingly open debate on even controversial issues, Turkey’s laws, prosecutors, judges, and politicians still lag behind. Turkey’s overbroad definition of terrorism still allows for arbitrary imposition of the harshest terrorism charges against individuals about whom there is little evidence of logistical or material support for ter- rorism or of involvement in plotting violent activities. Prosecutors frequently prosecute individuals for non-violent speeches and writings. Politicians sue their critics for criminal defamation. Courts convict with insufficient consideration for the obligation to protect freedom of expression. A comprehensive review of all existing laws that restrict freedom of expression is overdue.

Particularly concerning was the March arrest and imprisonment on terrorism charges of two journalists, Ahmet Şık and Nedim Şener, and of academic Büşra Ersanlı and publisher Ragip Zarakolu in October. Şık and Şener are charged with aiding and abetting the Ergenekon organization, a criminal gang charged with coup-plotting against the AKP government. The sole evidence against Şık and Şener is their non-violent writing, in Şık’s case consisting of an unpub- lished manuscript. At this writing the two had spent eight months in pre-trial detention, awaiting their November trial.

Ersanlı and Zarakolu will face trial in 2012 for alleged links with the Unıon of Kurdistan Communities (KCK/TM), a body associated with the PKK leadership. They were arrested during a clamp-down on the pro-Kurdish Peace and Democracy Party’s (BDP) legal political activity, which began in April 2009 and intensified in 2011. Hundreds remain in pre-trial detention and thousands are on trial on terrorism charges after waves of arrests of officials and activist members of the BDP (which won 36 independent seats in the June 2011 general election) for alleged KCK links.

There was little progress in the main Diyarbakir KCK trial of 153 defendants, which included six BDP mayors and a human rights defender held in pre-trial detention for 22 months. Defendants insisted on conducting their defence in Kurdish but this was rejected by the court.

In August the government revised a plan to impose obligatory filtering packages on all internet users and delayed implementation of optional filtering packages, following forceful public opposition in Turkey and by international bodies, including the OSCE and the Council of Europe. However, the practice of blocking an estimated 15,000 websites in Turkey—most of which have pornographic content but some of which are restricted for pro-Kurdish or other political con- tent by order of the Telecommunications Ministry and court decisions—raises concerns about restrictions on the right to freedom of expression and access to information.

In May Turkey took the important step to uphold women’s rights in the interna- tional arena by becoming the first signatory to the Council of Europe Convention against Domestic Violence and Violence against Women. However, there remains a pressing need to address the domestic rights deficit for women in Turkey. Violence in the home is endemic, and police and courts regularly fail to protect women who have applied for protection orders under the Family Protection Law. Reports of spouses and family members killing women rose in 2011.

Police violence against demonstrators is still a serious problem in Turkey, requiring more resolute action from the government. Too often the authorities mask the problem by investigating demonstrators for resisting police dispersal, joining unlawful demonstrations, or terrorist propaganda, rather than investigating allegations of police abuse or investivating senior officers for the conduct of officers under their authority. In 2011 there were also reports that police beat detainees during arrest.

During an anti-AKP government demonstration in the Black Sea town of Hopa on May 31, retired teacher Metin Lokumcu died of a heart attack after excessive tear gas exposure. Doctors documented injuries on individuals who reported being beaten and ill-treated by police during the demonstration’s dispersal and in detention. Some police officers also sustained injuries. Five demonstrators are on trial for participating in an unlawful demonstration, resisting police, and damaging public property. Seven were acquitted of terrorist propaganda in September. The investigation into police ill-treatment is ongoing.

Use of firearms by police and the gendarmerie remains a matter of concern, particularly against unarmed suspects. There was no progress on tightening rules governing use of force.

Increasing public discussion of the past and emerging new information on past crimes means there are opportunities for criminal investigations into human rights abuses by state actors in the 1980s and 1990s. The government needs to support the process, take steps to reform deficits in Turkey’s criminal justice system, and strengthen fair trial standards. Great obstacles remain to securing justice for victims of abuses by police, military, and state officials.

The most significant attempt to bring justice to the state perpetrators of extraju- dicial killings and enforced disappearances continued with the ongoing trial in Diyarbakır involving a now-retired colonel, village guards, and informers for the murder of 20 individuals in Cizre, Şırnak, between 1993 and 1995.

In March former police officer Ayhan Çarkın spoke publicly for the first time and later testified before a prosecutor about his involvement in a special operations unit committing political assassinations of named Kurds and leftists in the 1990s. Çarkın alleged the unit acted under government orders and with its collusion. In June he was remanded to prison pending trial after claiming involve- ment in four killings; the prosecutor’s investigation continued at this writing.

In September Mehmet Ağar—a former police chief, interior minister, and parliamentarian implicated in Çarkın’s testimony—received a five-year prison sentence for forming an armed criminal gang involving state actors and mafia. Proceedings against Ağar began with the evidence of state-mafia activities, which were revealed after a 1996 traffic accident near Susurluk, western Turkey. Until 2007 Ağar was protected from prosecution by parliamentary immunity. He has appealed the conviction and remains at liberty.

Trials continued of alleged anti-AKP coup plotters, made up of senior retired military, police, mafia, journalists, and academics, and know as the “Ergenekon” gang. One of the most important advances in 2011 was circum- stantial evidence pointing to Ergenekon gang involvement in the 2007 murder of three Christians in Malatya. However, the prolonged pre-trial detention of some Ergenekon defendants, and the prosecution of Şık and Şener risk under- mining this important effort to combat impunity.

There was no progress in uncovering the full plot behind the January 2007 murder of journalist Hrant Dink, although in September the prosecutor suggested that the main suspects—who face possible life imprisonment—may have Ergenekon gang connections. In July the gunman Ogün Samast, who was 17- years-old at the time of the murder, received a 23-year prison sentence.

There was little progress in Turkey’s bid for European Union membership in 2011. Accession negotiations remained stalled over Cyprus, the Turkish government’s undertaking of too few reforms, the lack of opening a new chapter in the negotiations in 2011, and leading EU member states continued hostility towards Turkey’s accession. The AKP focused more on building a dynamic regional foreign policy. The European Commission, in its annual progress report, highlighted flaws in Turkey’s criminal justice system, fair trial issues, and restrictions on freedom of expression and media; emphasized that “promoting gender equality and combatting violence against women remain major challenges”; and deemed the wide definition of terrorism in Turkish law a “serious concern.”

The United States government remains an important influence on Turkey, sharing military intelligence on PKK movements in northern Iraq. The US has raised particular concerns over Turkey’s record regarding freedom of media and expression.

Following its November 2010 review of Turkey, the United Nations Committee against Torture voiced concerns about the failure to investigate “numerous, ongoing and consistent allegations concerning the use of torture” and asked Turkey to report again in a year regarding steps taken to address the problems identified. In September Turkey ratified the Optional Protocol to the UN Convention against Torture.

In a July report the Council of Europe commissioner for human rights termed the situation in Turkey with respect to freedom of expression and media freedom “particularly worrying.” 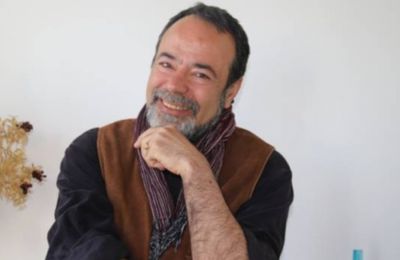