In 2018 did Recep Tayyip Erdogan, either as the Prime Minister or as President, equal Atatürk (1923-1938) in terms of governance time. He already had ruled Turkey longer than the “National Chief“ Ismet Inönü (1938-1950) and much more than Adnan Menderes, the first anti-kemalist leader, and restorer of a certain religiosity (1950-1960). Outside of these periods of political stability, the governments were rather ephemeral, the Prime Ministers often alternately succeeding each other, the same personalities frequently returning to the forefront, like Erdal Inönü, Süleyman Demirel, Bülent Ecevit, Necmettin Erbakan, Tansu Çiller, or Mesut Yılmaz. Coalitions, defections, reversals, dissolutions, early elections: a frequent use of political maneuvers has long been one of the main features of Turkish political life.

But does it change anything in terms of major policy guidelines? At least up to Erdogan, the army, either openly or indirectly, did actually rule the country. If considering the “national issues” (millî dava), i.e. the main problems that paradoxically are widely exempt from the debate, and which together form what I use to call the “mandatory consensus”, almost nothing has changed. Five issues, in particular, are existential for the country, although some of them are not even discussed. They form together what I deem fair to be called “the Turkish problem”.

First of all is the 1915 genocide - both the original crime, and its negation.

Please read more on my new blog, by clicking on this link!

The Turkish Problem - Susam-Sokak in English

or How and why Turkey is made of policies that stand the test of time [This is a modified version of an essay published on susam-sokak.fr on October 19, 2017. It was further presented in Marseille ... 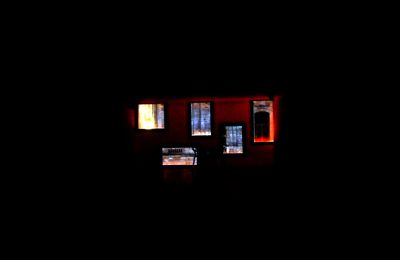